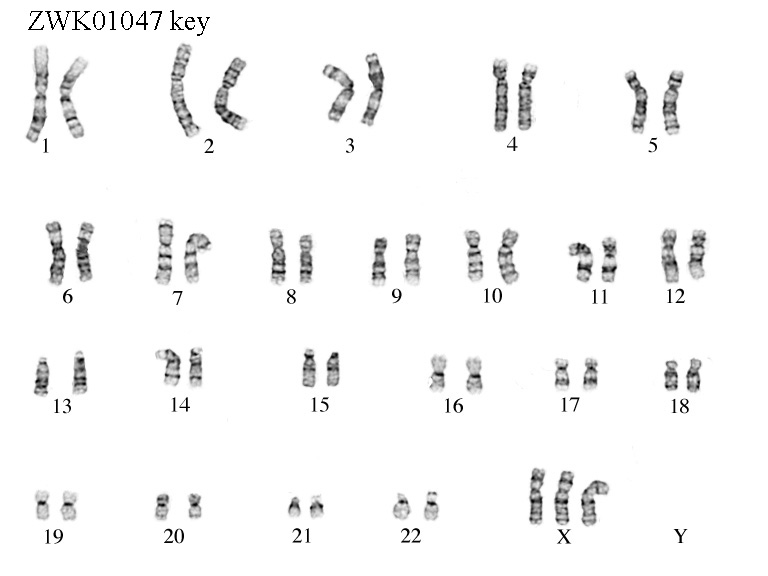 [1] Triple X syndrome, also known as trisomy X is found in females whereby they have an extra X Chromosome compared to normal females containing two. The Karyotype shows that females with this condition have 47 chromosomes instead of the usual number of 46. It occurs in about 1 in every 1000 females born. This usually is the result of Nondisjunction during cell division which is random and so triple X syndrome is not inherited from previous generations.

The condition has various effects such as learning difficulties, slow speech development, and muscle weakness. Also, females tend to be taller than the average height. On the other hand, females are not affected so seriously to cause problems with the reproductive system and so are capable of having children.

A mosaic pattern can occur whereby some cells contain three X chromosomes, and some contain two. This means that the severity of the condition is dependent upon the proportion of affected cells throughout the body. [2]