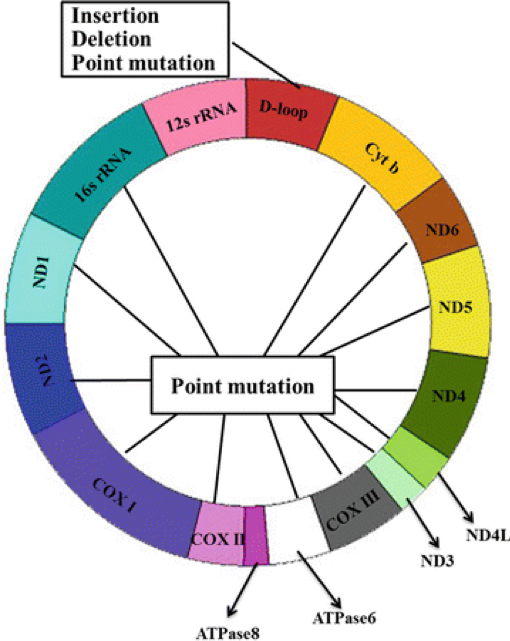 mtDNA is composed of 16 regions:15 coding and one non-coding, without introns. The non-coding region of mtDNA genome is called D-loop region and is 1124 bp in size. Since D-loop region is a hot spot for different mutations such as insertion, deletion, point mutation, it may play a major role in the developing of a great number of cancerous diseases such as gastric tumours, breast cancer, ovarian carcinomas, prostatic cancer, lung and head cancer etc