The Principle of Segregation

The principle of segregation by Gregor Johann Mendel, also known as Mendel's first law or law of equal segregation (Griffiths, Wessler, Carroll & Doebley. 2012, p. 32)[1], states that each characteristic of an organism is controlled by two alleles (gene occurring in pairs). During gametes formation in meiosis I, the alleles from each gene will segregate from each other and each gamete will only carry one of the alleles (Hartl & Ruvolo. 2012, p.85)[2]. 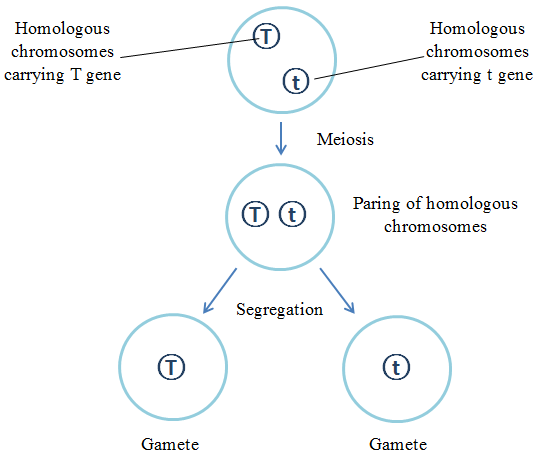 Significance of the Discovery of Principle of Segregation

This law of equal segregation allows us to understand single-gene inheritance pattern. It also provides us with an insight as to how traits are being passed down from one generation (parent) to the subsequence generation (offspring).

In order to have a better grasp on the principle of segregation, we must first understand the experiment carried out by Gregor Mendel that eventually brought to the discovery of this principle. 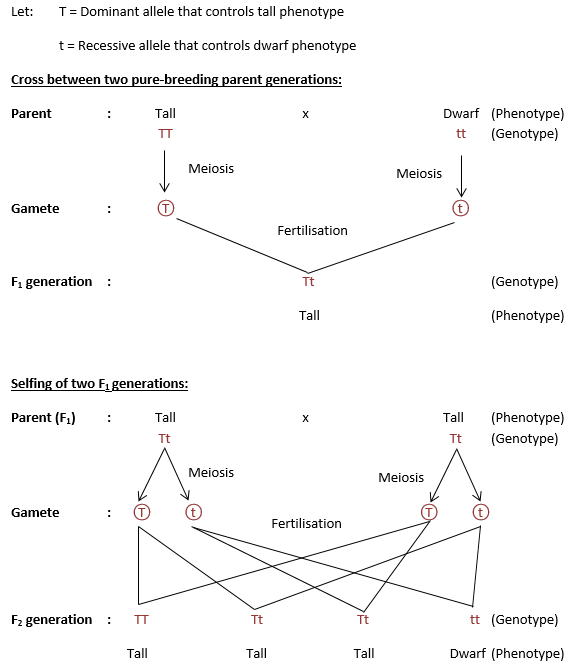